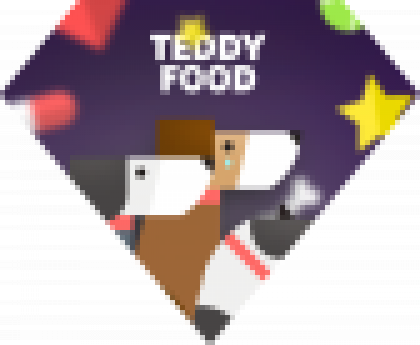 The authors of the Teddy Food project came up with the idea to create an online service that allows you to monitor animals in shelters across the country, feed them, treat, and pamper them. This is a simple and reliable way to improve the lives of homeless animals, and most importantly, find them a home.

A campaign to raise funds for the project was launched on Boomstarter and raised the necessary amount.

The customer's team turned out to be very proactive, so we came to the first stage of development with an impressive amount of documentation — a vision, numerous references, etc. Our task was to collect all the wishes together, design, and make a convenient service.

The project had an idea, and we stuck to it

Teddy Food came to us as its creators saw it — an online pet care service. It just immediately seems that what is there-just fed the cat. But when they started designing the entire care process, it became clear that it would not be limited to one button.

We encountered this problem when we started working on the process of purchasing services. Each service relates to the nursery where the pet lives. And you can buy it more than once. I had to figure out how to make multiple purchases so that the cat did not burst from the food he bought.

And, so that it does not burst, we just put food for the future, and the nursery issues it at the time of feeding. But some services can be done more than once, for example, sterilized twice will not work. And then there are urgent and operative interventions.

But there are a lot of kittens and dogs. There are many services. You can also pay in domestic currency, but not all services. It was as difficult to think through as it was to read this text.
As a result, you can pay for: any service in the basket, all the needs of the animal, or the entire basket. If there is a product that cannot be issued via Teddifunts — the working name of internal money-then it appears as a separate line in the basket and we inform the user about it using a special block.

We developed interactive prototypes, and our colleagues are designers from PUNK YOU BRANDS turned them into attractive layouts, which we worked with further.

The site user sees a list of animals that need help. You can filter the list by various parameters. The output of animals in the list is following the amount of attention received: the less the animal is fed and taken for a walk, the higher it will be on the list.

You can pay for food, entertainment, medicine, and care for the selected animal. For some Pets, you can watch through a webcam in real-time. The site displays a help feed-also in real-time, and a counter that shows how many animals have received attention and care from Teddy Food users.

For actions on the site, users receive titles and TF points, which can be used to pay for their next purchases or saved up to spend in the stores of project partners shortly.

Another important opportunity is to use the crowdfunding mechanism to raise funds. For example, to pay for an expensive operation for an animal or to connect equipment in a new shelter. One user can make a minimum amount, but the joint contribution will be very significant.

A site that received extensive media coverage. National Geographic, Cosmopolitan, Afisha Daily, and Cossa wrote about the project. In the summer of 2016, Teddy Food successfully raised funds for further development on the Boomstarter for the second time. Currently, animal shelters in six Russian cities have joined the project.

In 2016, the project won the bronze Tagline Award in the category "Best SaaS web app".

Thanks for your attention

Let's discuss your project
By filling out this form, you accept the terms of the Agreement on the use of the site, and agree with the Rules for the processing and use of personal data

We will receive your request and send you an offer within 24 hours with an approximate estimate of the development cost and clarifying questions. After that, we will call you and discuss the project’s goals and requirements. And let’s get started.

Contact us
Let's discuss your project
By filling out this form, you accept the terms of the Agreement on the use of the site, and agree with the Rules for the processing and use of personal data

We will receive your request and send you an offer within 24 hours with an approximate estimate of the development cost and clarifying questions. After that, we will call you and discuss the project’s goals and requirements. And let’s get started.